Bill Chapman of League City, Texas, brought Moro Blood Orange pollen to a monoembyronic umatilla flower which is a Satsuma x ruby orange cross.  From this flower he grew a fruit, collected the seeds, and grafted a seedling bud to a Poncirus Trifoliata seedling.  He gave me a budded seedling around July, 1989, and he asked that I grow the grafted seedling to see what kind of fruit it would produce.  After several years I was able to get the grafted seedling to fruit.  Lewis Walden tasted the fruit, and he named the cross Raspberry Tangor (RT) since the fruit was red inside and had a slight raspberry favor.  Many buds have been taken from the original tree that I have, and the variety has been tested in several locations.  The tree produces a fruit, shaped like its mother the Umatilla that ripens in February or March, and it, too, has monoembyronic seeds.  Chris Kneupper and JoAnn Trial did an acid and sugar test on the fruit and calculated an acid to sugar ratio.  They found that the RT has about 11.6% sugar, but it never loses its acidity of about 2.2% citric acid.  When you ratio the sugar to acid, you get about 5.2, and this falls in the category that one finds in mild lemons and grapefruits. 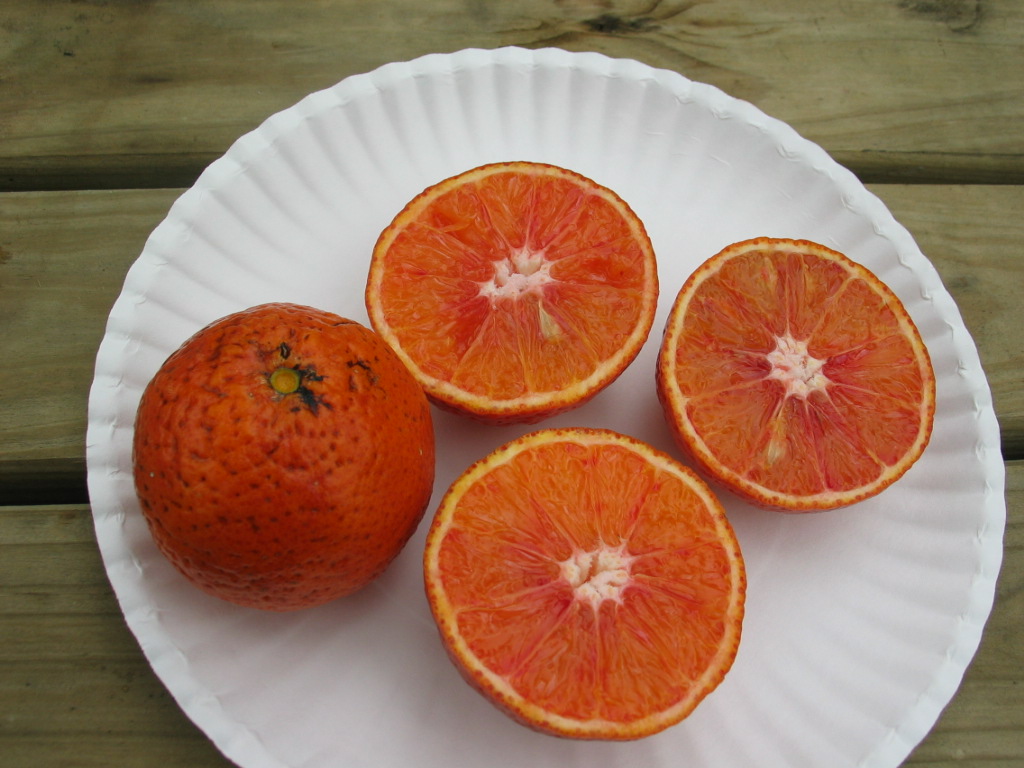