My Experience with Pomegranates

My Experience with Pomegranates

I am just learning about growing pomegranates, but I will tell you my experience so far.  I had grown an unnamed white variety that someone gave me, and it produced white fleshed fruit that constantly cracked and had black spots.  I ended up cutting down that bush and planted an Eve pomegranate.  This tree did much better, producing red skinned fruit with pink arils.  I have observed that all pomegranates want to put out new growth at the base of the plant and become a bush.  This is their preferred way of growing, but you can force them to grow like a small tree by cutting off all those low branches. 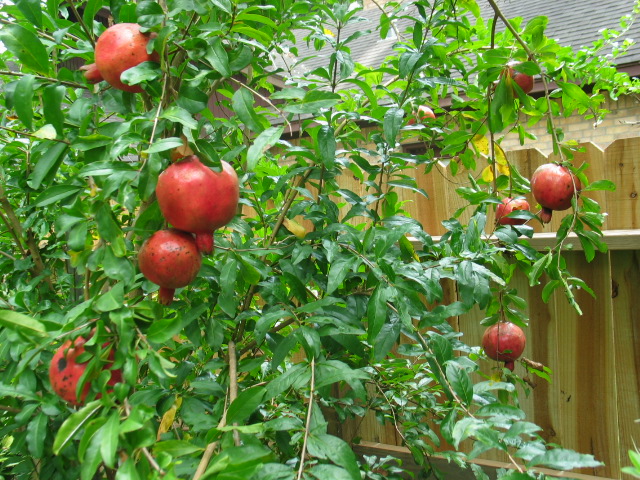 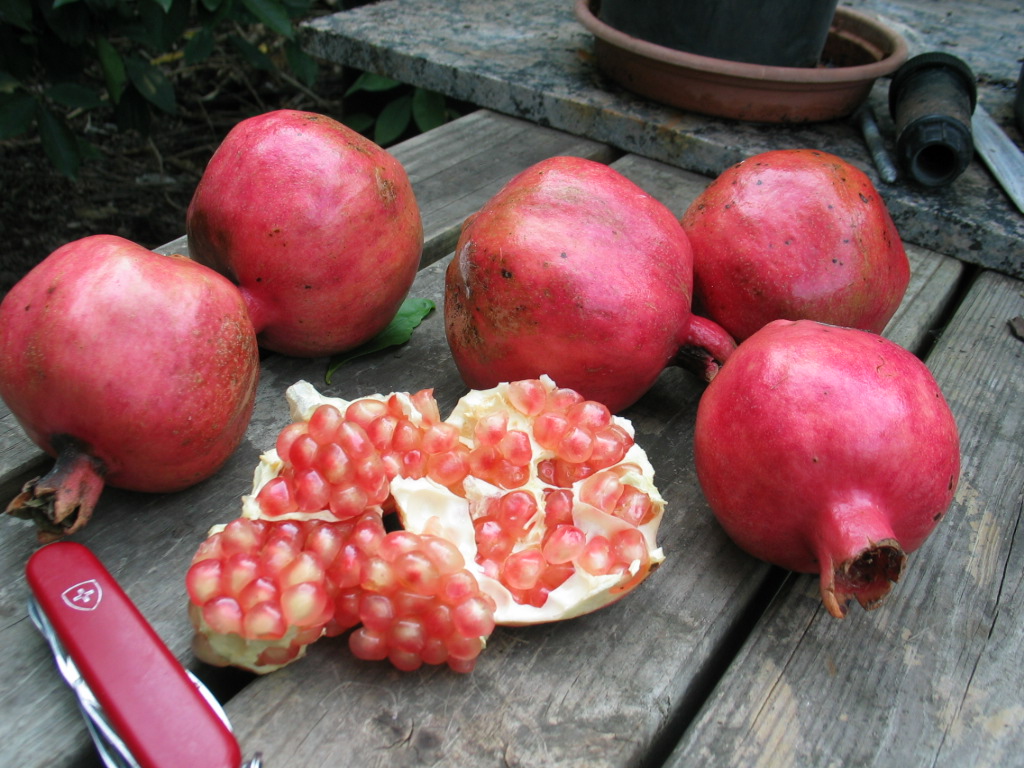 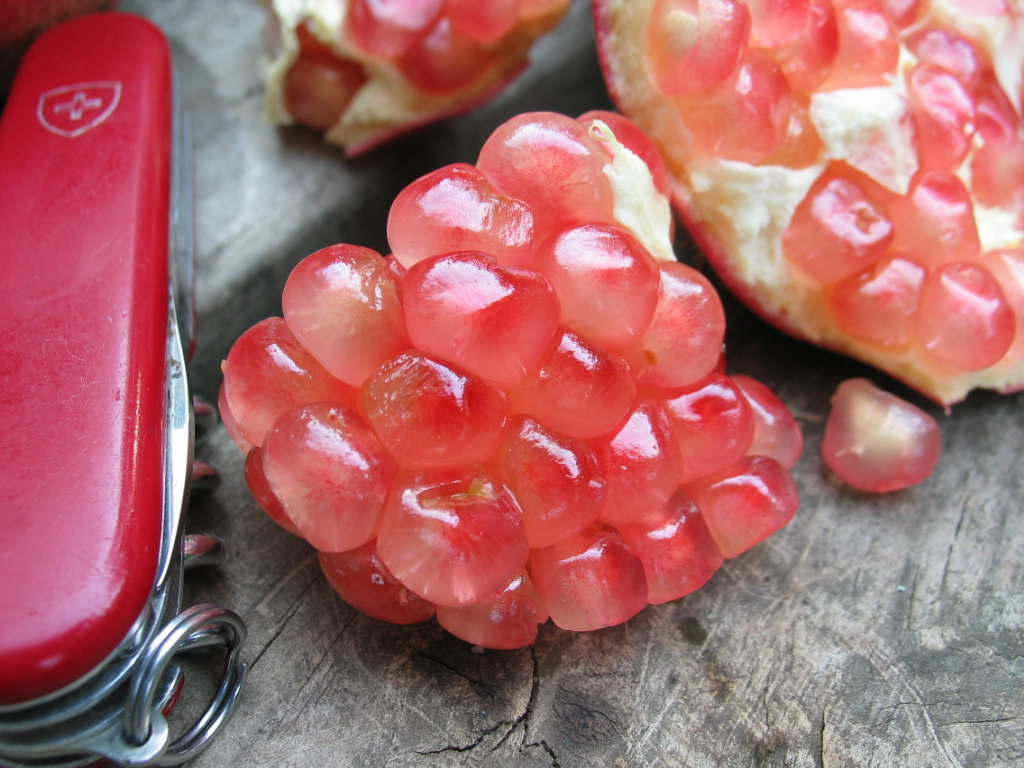 In November, 2011, my wife and I went to the Festival of Fruit sponsored by the California Rare Fruit Growers at Arizona State University where the main theme of the meeting was pomegranates.  We toured several plantings of pomegranates and had a tasting meeting where we tasted what seemed to be about 50 or more varieties.  They were arranged from hard to soft seeded.  While going through the line, my taste buds played out after about ten varieties, but a few stuck in my mind.  In the middle of the selection was one pomegranate named Arianna.  I made note of it because it is the name of my granddaughter.  I thought it had good flavor and had semisoft seeds although the seeds of all pomegranates don’t seem soft enough for me to eat.  The pomegranate Parfianka is similar to Arianna – sweet/tart red.  One of tour guide’s favorite was Gissarskii Rozovyi which is considered a sweet/tart pink. Richard Ashton, a pomegranate expert in Texas, recommends Texas Red for all of Texas which I think is labeled Russian #18.  So far I have not found a source for this variety.

In the spring of 2012, I ordered the following pomegranate cuttings from U. of C. at Davis:
Arianna, Parfianka, Gissarskii Rozovyi, and Palermo (because my father was born near Palermo, Sicily).  All are doing well, but they have not fruited since they are only one year old.

Pomegranate Problems:  Pomegranates can get Texas root rot.  I think my Eve pomegranate died from this problem after about 6 or 7 years.  They also can get black spots on the fruit from Alternaria a fungus.  This type of disease is called “heart rot” or “black heart.”  I have not seen this on any of my fruit.  Pomegranates can also get Cercospora, which produces black spots on the fruit and Botryosphaeria which starts at the flower end, enters the fruit, and starts destroying the arils.  My guess is a copper spray or Mancozeb would take care of these fungus or bacteria problems.

Pests Problems:  The worst bug to attack pomegranates is the leaf-footed stink bug, and rats will eat holes in the fruit.

My Pomegranate Summary:  My Arianna, Parfianka, Gissarskii Rozovyi, and Palermo pomegranates are still too young to have fruit.  Sharp Velvet (Purple Heart) is another good flavored pomegranate with deep red arils.  Eve is a good producer and has pink arils.  I purchased Red Silk this spring, but it has not bloomed. I have seen the Wonderful pomegranate in a test trial in Florida, and it was not a very vigorous plant and didn’t look real healthy.  The Florida researcher said that Wonderful was not doing very well in his trials.  However, this is probably the most popular pomegranate for California.  I have not tried growing the Wonderful pomegranate.