Below is an article I wrote for the California Rare Fruit Magazine "Fruit Gardener" Jan. 2006.

Since this is the year of the berry I wanted to write about a berry that not many people have tasted.  I obtained my miracle fruit tree (Synsepalum dulcificum) the taste twister that causes a sour acid fruit to appear to become sweet from a local Vietnamese nursery in the summer of 2003.  They obtained it from a wholesale nursery near Homestead, Florida.  It was about three feet tall, and it came in a one gal pot which I immediately bumped up to a 3 gal pot.  The soil was perlite, and well composed mulch maybe made from pine bark.  I added almost 100% peat moss to make up the extra 2 gal.  I had read that it is an acid loving plant and likes to grow in peat moss.  It produced over 50 red berries that have a slightly tough skin sort like a wine grape with a relatively large oblong seed somewhat like a coffee bean but about half the size.  I have eaten at most two or three berries at one time and have given several to my diabetic son-in-law and to friends to do the before and after taste of a Mexican line that I have growing in a pot near the Miracle fruit.  For you that are not familiar with Miracle fruit, after eating one berry all things that contain citric acid will taste sweet without adding any sugar.  The sensation lasts for about 30 minutes.  You really get a strange taste when you eat a tomato after eating Miracle fruit.  I guess I was just not use to eating really sweet tomatoes.  I don’t have and have not seen any Miracle fruit cobbler recipes, so I don’t know how to eat them other than out of hand. 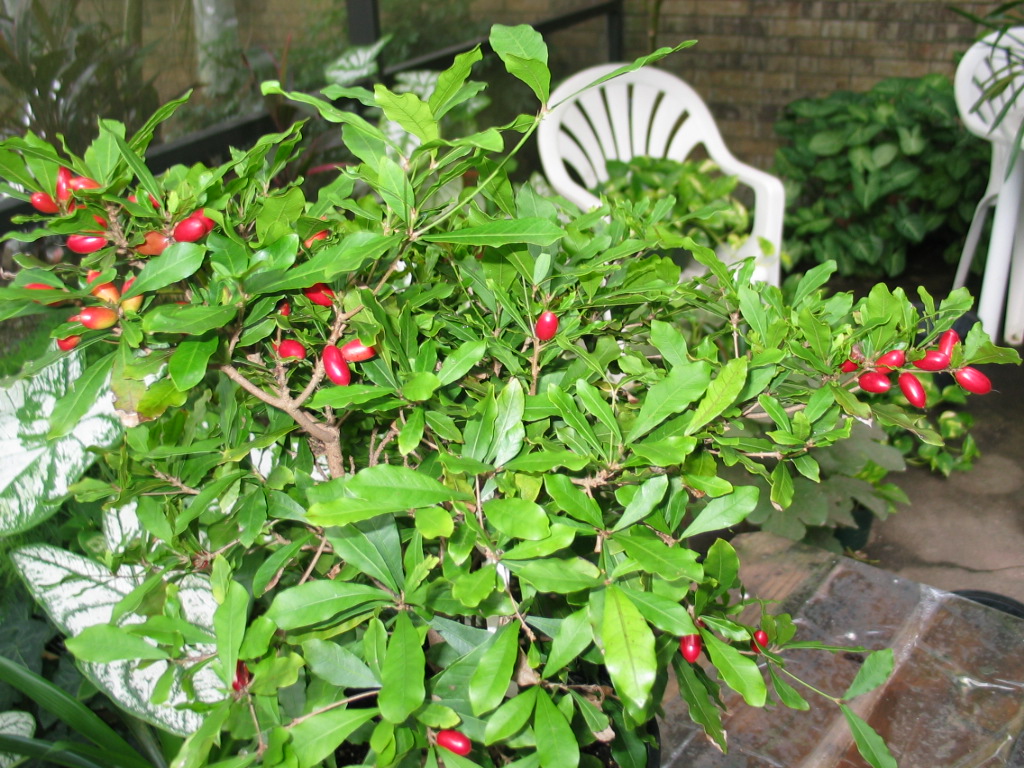 As far a growing the plant, it seems to prefer a hot humid climate with indirect sunlight.  It doesn’t like cold weather.  During this past winter it got sickly looking with leaf burn on the tips of the leaves.  I thought I might lose it.  Once summer got underway it really perked up with a flush of new growth and starting blooming and is now setting fruit.  The flowers are tiny little things that are barely visible.  It looks nice and healthy now.  So it must need the hot humid climate to thrive.  The cardinal birds ate the fruit and seed so badly even before they were completely ripe that I moved it into my screened in patio so that I could get some fruit.  It seems to be the perfect place for it.

I have tried to germinate many of its seed in flower pots, and all have failed.  What is strange is seed that fell inside the pot from uneaten fruit have germinated and several plants were growing under the plant.  I took four of them and re-potted them into moist peat moss.  Two are still alive after 4 months, but have not put on new leaves.  Two others I re-potted and put in direct sun light died almost immediately.  Either it grows real slow, likes lots of shade, or I have not found the perfect soil for the seedlings.  The only bugs that have bothered it are mealy bugs that the ants put on at the base of the berries.

Its been a real conversation piece and I continue to have fun giving the berries to friends and eating them myself.  It certainly is a way to cut down on sugar consumption. 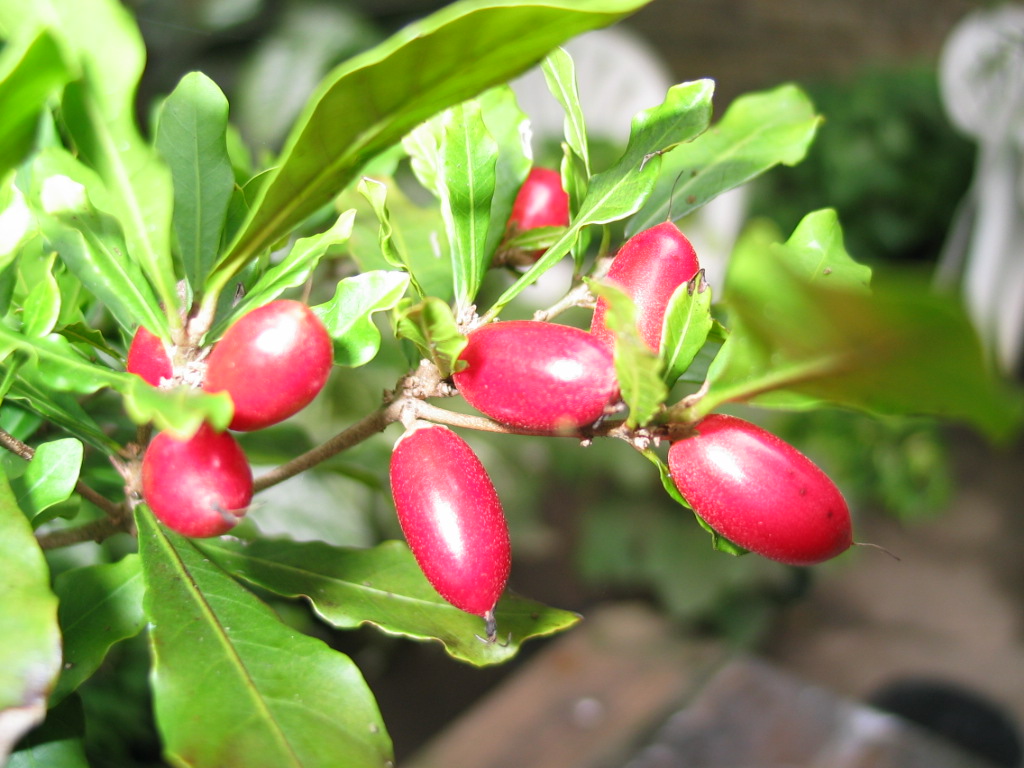 Fruit on my Miracle Fruit Tree.

UPDATE 6/17/2007:  Since I wrote that article my tree started a rapid decline.  I could not figure out what was happening.  Finally I got out a magnifying glass and looked at the stems and trunk since most of the leaves were falling off.  I discovered a tiny brown scale the size of pin heads had covered all the branches and trunk.  I had seen that, but thought it was part of the bark.  Once I discovered what was happening I gave the plant an oil spray and a spray of Provado and got rid of the scale.  The tree is slowly coming back, but it will probably be some time before I get fruit again.

UPDATE 11/24/2007:  I am trying to grow plants from seed again and I got several seeds to germinate and produce the first two leaves.  Then I notice that the seedlings were losing their leaves, and I suspected snails at night.  After several seedlings lost all their leaves, I got up one night at 2 AM and found a cut worm eating my miracle fruit seedlings.  He is now history and I am hoping the two remaining seedlings will start to put on more leaves.